This cover design for Oedipus Rex is inspired by the climax of the story. Oedipus Rex is a story about a man who cannot escape his fate. He was destined to marry his mother and murder his father. He had lived his entire life blissfully ignorant of this prophecy until the climax of the story. After his wife and mother figured it out, she hung herself by her garment disgusted at what she had done. Shortly after, Oedipus discovers the horrible truth and in a fit of rage he takes his mother’s garment pins and stabs his eyes and leaves his kingdom. This moment in the story has the most recognizable imagery, so I decided to add a modern take to the classic Greek tragedy.

I approached the title with a typographic approach and arranged the letters to look like an eye chart with the “I” missing in the word Oedipus. I felt like it was a clever way to communicate with the audience once they reach the climax. 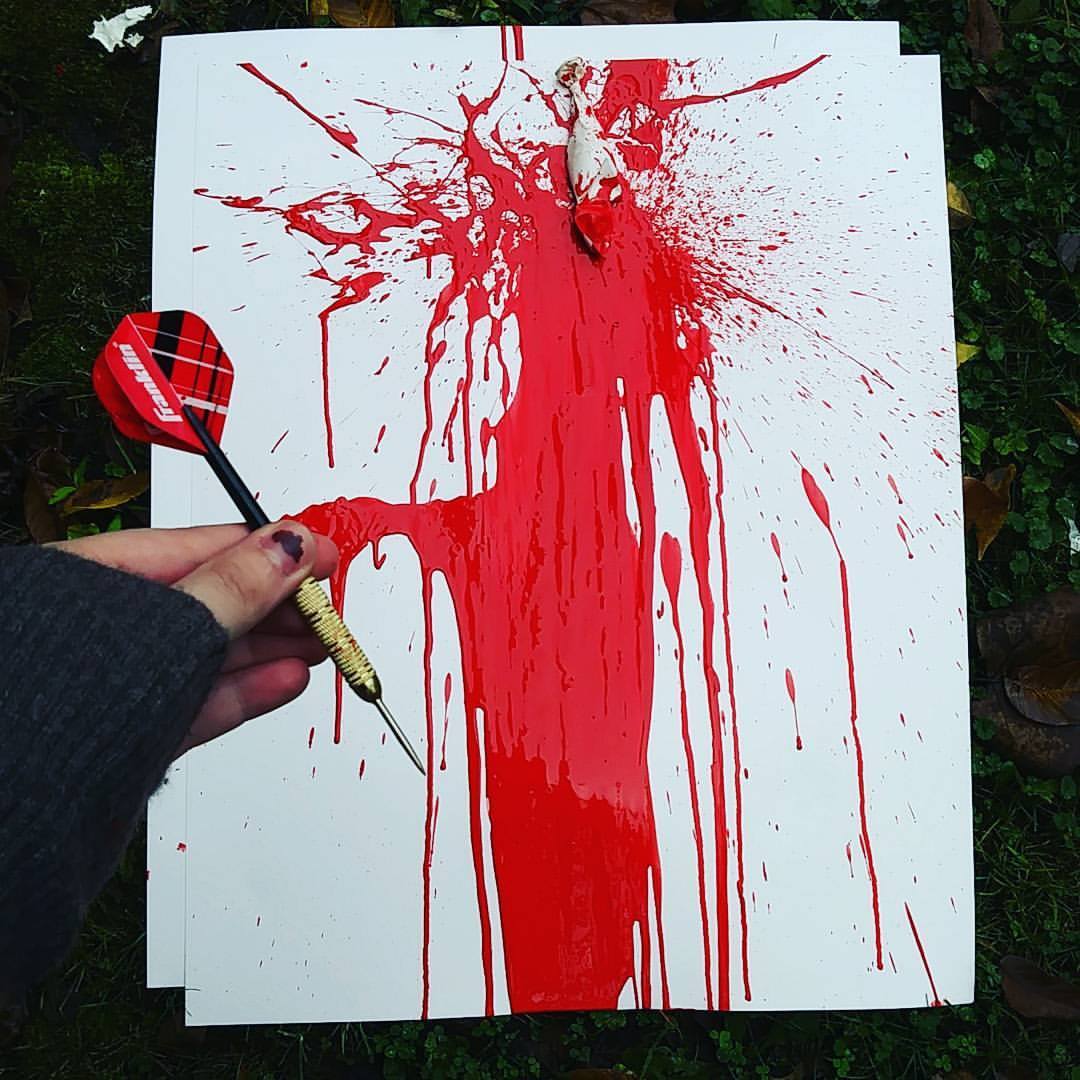 I then used a painting technique from the 1960’s where I filled balloons full of watered-down, acrylic red paint with air. I threw darts at them to get a gory splatter effect. I originally got the idea from my favorite movie, The Princess Diaries.

On the back, I arranged the Oedipus Trilogy to look like a blood spatter graph to inform the audience there’s more to read, and they’ve only just begun.